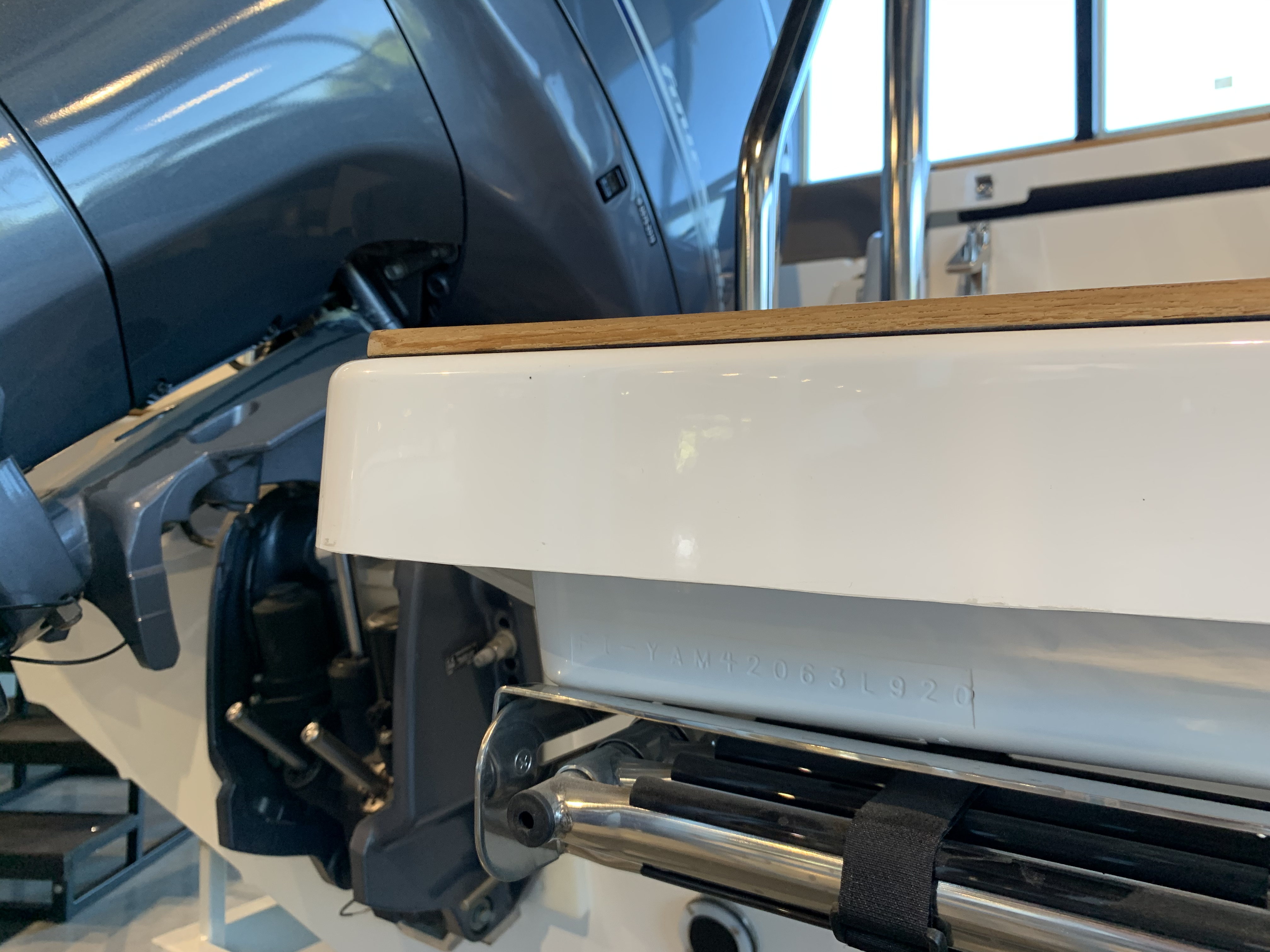 The number is currently known as Watercraft Identification Number, or ‘WIN’.  The formerly used terms ‘CIN’ and ‘HIN’ stand for exactly the same thing.  The identification system is compliant with the Recreational Craft Directive (RCD) of the European Union, applied since 1998.

For example, if your boat’s transom has been engraved with FI-YAM11001J607, you will find the following information in it:

The serial number does not indicate the production volumes of individual boat models, because the numbering may have been changed from one month to the next.