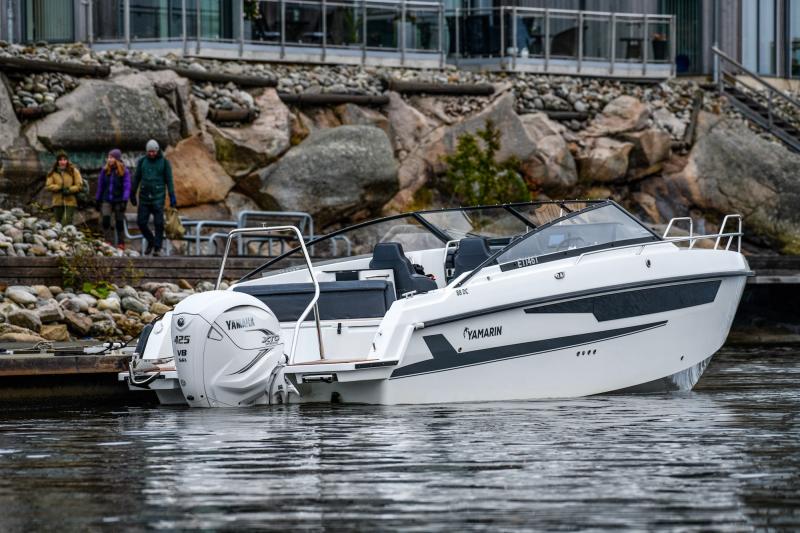 The maximum engine rating for the Yamarin 88 DC has been increased to 425 hp, allowing customers to specify Yamaha’s most powerful outboard, the new Yamaha XF425 XTO.

The streamlined and dynamic design of the Yamaha XF425 XTO (Xtreme Thrust Output) Offshore outboard reflects its cutting-edge technology. The Yamaha XF425 is the first ever direct-fuel-injection four stroke and Yamaha’s most powerful outboard.

The Standard version of the Yamarin 88 DC day cruiser has been updated for the upcoming 2020 boating season in accordance with the wishes of customers to make it even more attractive. For example, the cushions in the cockpit are now softer and the table bigger than in last year’s model. In addition, new materials have been introduced, and the number of cupholders and clothing hooks has been increased.

The Yamarin 88 DC comes with comprehensive standard equipment, including the Entertainment package with speakers, a harbour cover, hydraulic steering, a tilt steering wheel, teak in the cockpit, foredeck and aft swimming platform, openable hull windows, a stove, an electrical WC with septic tank, and a fresh water system and tank.

Customers can further upgrade their Yamarin 88 DC with the Deluxe package, which includes a sundeck, two-piece canvas top, trim tabs, an auxiliary battery system for backup power, a bow thruster for easy manoeuvring, a refrigerator, a clothes locker and deck lighting. A Touring package is also available for recreational boaters that includes an aft anchor winch, a shower on the swimming platform and a heater.